Our farm is situated close to Reitz in the North Eastern Free State.

Before we had our Tuli’s we ran other beef breeds on a commercial basis. However, they struggled to maintain their fertility and condition in our area with sour veld and cold, long winters from April to October.

On advice of Dr Q Campbell we went to Zimbabwe in 1982 to have a look at the Tuli. He claimed the Tuli, a descendant of Africa’s Sanga cattle, was well adapted to surviving on nutrient-poor veld without losing fertility or condition.

On our trip to Zimbabwe we experienced the Tuli to perform well under extensive conditions without supplementary feed. We were also impressed by the Tulis’ smooth coat, witch offered protection against ticks. They had longevity – one Zim farmer had a 22-year old cow that had never missed a calving. They were Naturally polled, had a good temperament, and the cows produced enough milk to wean calves at an average weight of about 200kg. We were also impressed with the ease of calving and agility of the newborn calves.

The cows also had a strong maternal instinct needed to protect their calves against predators.

A very important trait of the Tuli is their low mortality rate, especially on the percentage of calves weaned.

We also found the Tuli bulls to have a very high libido. 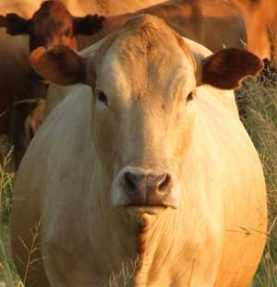 We initially imported 40 heifers and cows. Over the years we imported more heifers and over 30 bulls from various Zimbabwean breeders. We wanted to insure a big selection of genes so that we do not inbreed, as they’re where not many Tuli’s available in South Africa at that point in time.

27 Years later, Langlyf and Nonnie Tuli’s together are the largest and one of the oldest Tuli studs in the world.

We use 16 stud bulls per year and follow selective paring. Bulls are replaced about every 2 or 3 years to increase generation intervals. Most are our own bulls, but we also use bulls from other stud breeders to acquire new genetics. Genetic variability also allows us to produce animals that cater for any of our clients’ needs. 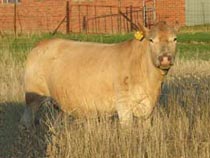